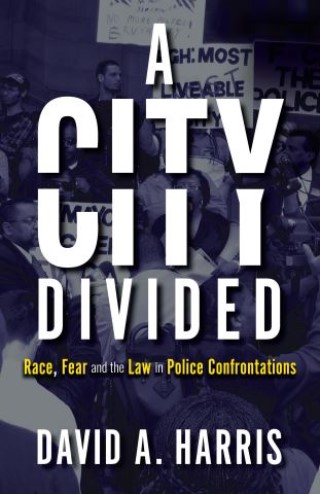 A City Divided: Race, Fear and the Law in Police Confrontations

A high school honors student with no police record encounters the police outside his home. He emerges from the confrontation bruised and beaten. The police charge him with serious crimes; he swears he did nothing wrong. When the story becomes public, an American city faces protests, deep division and a long quest for justice.

"A City Divided" tells the story of the case involving 18-year-old Jordan Miles and three Pittsburgh Police officers. The book takes an in-depth look at the opposing stories, and at race and the fear it incites, to find answers. What happened between the police and the teen, and what went wrong? Can the courts respond in a way that finds a just solution? And how can we prevent these tragedies in the future?

David Harris, a resident of Pittsburgh and the Sally Ann Semenko Chair at the University of Pittsburgh School of Law, describes what happened, explaining how a case that began with a young black man walking around the block in his own neighborhood turned Pittsburgh inside out, resulted in two investigations of the police officers and two federal trials. Harris, who has written, published and conducted research at the intersection of race, criminal justice and the law for almost thirty years, explains not just what happened but why, what the stakes are and, most importantly, what we must do differently to avoid these public safety catastrophes.