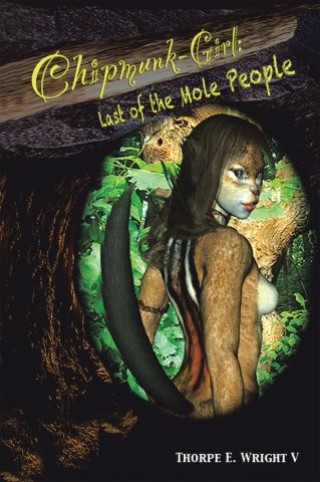 Chipmunk-Girl: Last of the Mole People

Many ancient cultures around the world believe that our forefathers came from the stars. These include the Aztecs, Mayans, Egyptians, Hindus, and the Chinese—to name but a few. Even in the Middle East, the Syrians talk of an alien race known as the Epoch. Several Native American tribes believe that man did not descend from the stars but arose from the earth! The American Indians tell of races such as the Ant People, Lizard People, and the Sasquatch (Bigfoot), living among humans. Lesser known is the legend of the Mole People—not referring to the homeless people living in the sewers of New York City. The Native Americans tell tales of man-sized squirrels and of talking chipmunks. Go online, and you may come across an article written on August 1, 2009, in the Weekly World News. It tells of a story of Mole People living twenty miles beneath the earth—twenty miles! We’re not talking sewers here. A tunnel was discovered in Washington State. Apparently, NASA discovered the tunnel and is doing a cover-up! President Bush handled the situation, though communication was very difficult with the race of Mole People, for they can only speak an old Navajo dialect. Chipmunk-Girl: Last of the Mole People is a story of the Mole People exiling two of their own to the surface world and the sole survivor, their daughter. Whether this book is just another fun-filled fantasy or a story based on actual real-life events, I’ll let you decide. But let me ask you this question: What if the legends and stories are true . . . What if? Thorpe E. Wright V, author and illustrator, tells the Legend of Chipmunk-Girl: Last of the Mole People.