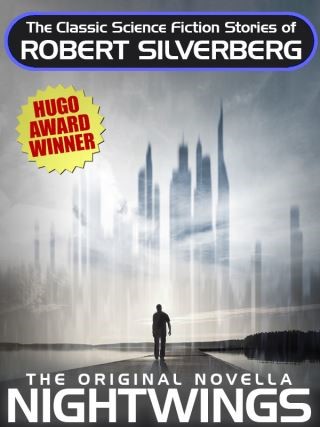 "Nightwings" is a science fiction novella by American wrier Robert Silverberg. It won the Hugo Award for Best Novella in 1969 and was also nominated for the Nebula Award in 1968. It won the Prix Apollo Award in 1976.

In a decadent and caste-based future, humanity is divided into guilds, each having a specific job to do. The members of some guilds appear to have undergone genetic engineering, for instance, the Fliers' ability to fly and the Watchers' ability to use their mental capabilities to watch distant stars.

The main character in the novella is a Watcher whose mission is to watch the skies with some sophisticated equipment and to inform the Defenders in the event of an alien invasion. Along with a young Flier girl and a Changeling (who belongs to no guild), he visits the old city of Roum (suspected previously to be called Rome), and becomes entangled in events including the possibility of invasion.