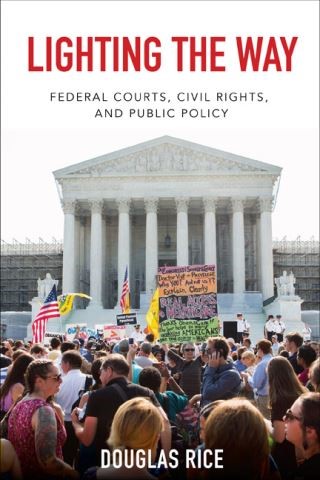 Do our federal courts, including the Supreme Court, lead or merely implement public policy? This is a critical question in the study and practice of law, with a long history of continued dispute and contradictory evidence. In Lighting the Way, Douglas Rice systematically examines both sides of this debate.

Introducing compelling new data on the policy focuses of federal courts, Rice presents the first long-term, comprehensive consideration of the judicial agenda. In doing so, he details the essential role of the Supreme Court and other federal courts in directing attention to issues in American politics through influential relationships with Congress, the presidency, and the public. The dynamics Rice illustrates grow from the strengths of political constituencies in various policy areas and the constitutional powers accorded to the courts. Lighting the Way provides strong evidence that, as long argued but never empirically demonstrated, the courts systematically lead the attention of other institutions on civil rights. The research speaks to a broad and growing literature in political science and sociolegal research on the interactive nature of policymaking and the critical role of legal institutions and social movements in shaping policy agendas.