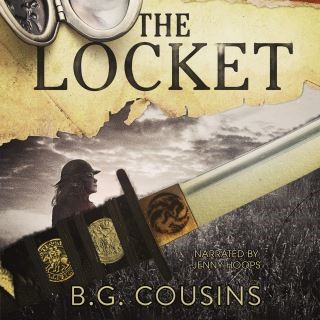 A woman in search of her father …

A soldier in search of a future …

A journey through the maelstrom of the Russian Revolution …

Elizabeth Clarke gave her brother a silver locket to remind him of home as he left for war in June of 1917. But as the Great War ends for America, it continues on for Elizabeth. While carrying out duties for the US State Department, her father went missing in the chaos of the Russia Revolution. When word arrives that he is alive and needs assistance moving a valuable and mysterious “package” out of Russia, it is up to his children to organize the rescue.

While the mission moves forward, Elizabeth discovers that the locket she gave her brother has become more than a link to her brother in times of war, but also between her and other members of her brother’s regiment, including the veteran Captain Robert Rainey, a man who raises emotions in her that are unfamiliar and a dangerous distraction to the mission.

As they plunge into the maelstrom of the Russian Revolution, they face warlords, anarchists, monarchists, Bolsheviks, and Cossacks in a conflict with many sides and brutal treachery. They also find a dark force following them, hoping to be led to her father and the precious “package” that could change the course of history.